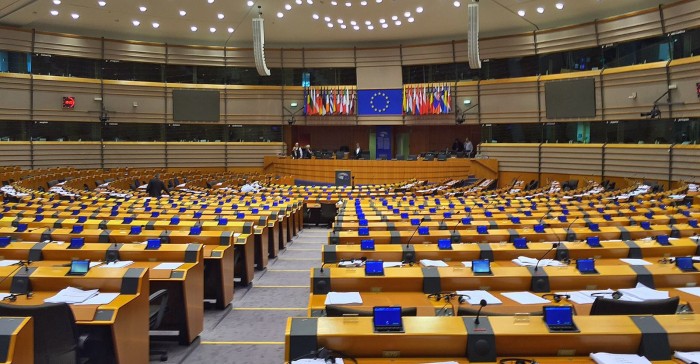 The Centre of Excellence in EU Studies, jointly with AYAPE organised second study visit of civil servants to Brussels and Luxembourg on 17-23 April 2016 to enrich knowledge of participants about EU structures and institutions.

During the trip participants explored how the European Court of Justice in Luxembourg and the office of the Council of Europe in Brussels, the European Parliament and the NATO headquarter and other institutions in Brussels are functioning.

The trip offered to participants a unique chance to visit European institutions and meet key persons working there. Civil Servants of Azerbaijan could discuss interesting issues related to the region with the Members of the European Parliament namely, Mr. Elmar Brok, Mr. Boris Zala, Mr. David Borrelli and Madame Heidi Hautala during their visit to the EP.

Mr. Filip David, Counsellor General - director of external relations of the EU at Belgian MFA made a presentation on EU and Belgian institutions and Egmont at the meeting to the Belgian MFA which was followed by discussions with Madame Sopie Karlshausen.

During the visit to EEAS Advisor Mr. Martin Dihm explained how the EAAS functions, and later Ms. Asuncion Sanchez Rues, Policy Officer for Azerbaijan gave a presentation on EU-Azerbaijan political relations. Later, the meeting was followed by Mr. Olavi Rinne, on the functioning of East Strategic Communications Division.

Participants also visited the COE Brussels office and had a discussion with Mr. Humbert de Biolley, Deputy Head of the office.

The trip to NATO headquarter was hosted by Mr. Steffen Elgresma, and Mr. Paul King from Public Diplomacy Division. Diplomats had an intensive discussions on NATO's current political agenda and its partnership with Caucasus Countries.

For information, this study visit is a continuation of comprehensive training program aimed at capacity building of Azerbaijani civil servants in EU Affairs and organized within the EU funded project "Support to Civil Service EU trainings and Establishment of a Centre of Excellence in EU Matters".